When an action plat-former decides to meld elements from Rougelites and Metroidvanias– a Roguevania is born– or at least, that’s what Motion Twin is calling their upcoming release, Dead Cells. Borrowing the perma-death, procedural generation gameplay of Rougelites and infusing it into the exploration of Metroidvanias, Dead Cells is a game so wonderfully crafted and respectful of the player that even though it punishes you over and over again, you’ll want to go back for more.

My first run in Dead Cells I was cautiously tip-toeing up and down the prison, trying to dodge-roll every enemy attack, and only engage when I had the right plan of action. After crossing into the Promenade of the Condemned for the first time I eased up on how vigilant I was playing– only shortly after to suffer my first death. Normally at this point I would mourn over my loss of gold and items, but after a few more runs and realizing that certain upgrades carry over into each run, the thought of starting over didn’t seem as daunting. Of course it’s in the nature of roguelikes to start you from scratch each time, but this twist is one of a few gameplay mechanics that offer a better quality of life and more of a reason to go back again after devastatingly losing your cells.

One of the goals of Dead Cells is to acquire cells from fallen foes which can be used to purchase new weapons, abilities, and permanent upgrades that can carry over into future runs. When you reach the area between stages, you are able to spend your cells and gold on the various tools at your disposal. There’s also a mutation system that allows you to choose certain game altering mechanics that can give you an edge, and offer another way to differentiate your gameplay on each run.

On top of that, Dead Cells has specific unlockables that will allow you to access areas you previously couldn’t, so when you acquire some of these skills and have to start from the prison yet again, your plan of attack or the route you decide to travel can fluctuate between runs. This evolution of options offers even more variety when starting a new run rather than just a new map layout.

Traversal in Metroid-style games is often full of maze-like maneuvering down different paths and filled with backtracking until you find the right area– Dead Cells doesn’t want to waste your time with that. Every so often you will encounter portals that allow you to teleport– usually back to points that are at the beginning of when paths diverge– allowing you to scour each biome looking for weapons, items, and more cells. The ability to quickly navigate back from the end of your path is probably one of the biggest boons to adventuring and encourages exploration. Even if I chose a path that ultimately ended with no chests or other items I was pining for, knowing that I could quickly hop back to where I was kept me choosing to conquer every path. This is one of the ways that Dead Cells respects the players time.

Even though Dead Cells is a procedurally generated game with level layouts and item drops being different each time, each area feel familiar. Each level has a consistent theme, tone, and set of enemies that allow you to feel a sense of stability while still being challenged by the slightly unkown.

The fluidity of movement in Dead Cells is chaotic bliss. Every swing of your sword, each time you crack your whip, it all feels the way it should when you are pressing the buttons on your controller. Responsive and satisfying, Dead Cells is a game that truly shines once you understand the flow of battle, learn how each enemy attacks, and use the load-outs that match your play-style to achieve a winning run. When battles escalate and you are rolling around, tossing traps, and slashing enemies this game truly excels as a top tier action platformer only rivaled by other top tier adventures.

Though the combat isn’t the only beauteous trait that Dead Cells possesses.  Visually reminiscent of games you would’ve played on a Super Nintendo or Sega Genesis, the animation soaked in pulchritudinous pixels enhance the dazzling gameplay. Not to mention the ominous music that scores each level reminds you of the imminent threats awaiting you around each turn.

Dead Cells is a game filled with randomness and impermanence, balanced with cognitive choices you can take advantage of when planning each run of the game. With very little negative to say about Dead Cells, this amalgamation of genres churns out something truly magnificent and worth your time. 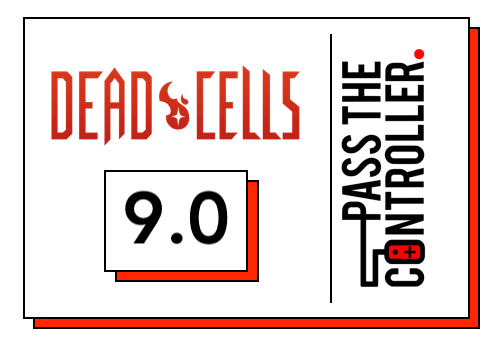