Even though the announcement of Harmonix’s next game was early in the week leading up to PAX East 2020, it was hard to miss FUSER‘s presence on the showfloor since it monopolized a large footprint turning its booth into part demo kiosks, part dance party that bled out further than the ground where its blue carpet covered. As a fan of Harmonix and the rhythm game genre as a whole, I was teeming with excitement while anticipating my session with the festival DJ inspired music game.

If you’re familiar with Harmonix’s DropMix, you’ll feel very comfortable taking over the controller in FUSER. For those who haven’t had the chance to play their physical card-based music game, the basic premise of FUSER is placing different songs, spanning most popular genres, into your virtual turntables to fuse– I’m sorry– them together seamlessly. With an approachable level of entry and a high ceiling for playing for leaderboard rankings and bragging rights means that FUSER can function as a great party game as well as something for those who are seeking glory amongst their gaming friends.

The flow of gameplay is easy to understand, you start off with a blank slate and you begin adding four songs to your turntable. While you’re dropping in the music, you have the ability to choose which aspect of the song you add such as the drums, bass, keyboard, and vocals. In the PAX East demo you could choose arrangements from about sixteen different songs– there will be over one hundred songs when the game launches– and mix them together however you like, creating unique mixes with popular songs from the 1960s to the 2020s. In order to add a level of challenge to playing, when mixing things properly and attain better scores, you’d look to drop in new musical segments on the off-beat. Another layer of difficulty that comes in is taking requests from the audience, while fulfilling those leads to a higher score and the chance to change together combos they are also optional. You’d hit on all of these things in the PAX East demo allowing for you to get a taste of the score chasing elements as well as freely mixing to your heart’s content.

What’s interesting about FUSER is that though Harmonix is known for being masters of rhythm games, I wouldn’t fully classify FUSER as a rhythm game but more as a vibe simulator. Yes, there are rhythm elements to dropping in beats at the correct time and meeting crowd conditions under a limited window, but what you’re really doing in FUSER is creating a vibe not only for your virtual crowd, but yourself, and everyone else in attendance. Think about it, in something like Rock Band the feat is hitting the correct notes in time to perform someone else’s song and that’s where your praise and score come from, while in FUSER you’re freely mixing and blending vocal tracks with instrumentation tracks in order to create your own remixes to indulge in. You’re rewarded with combos and bonus points by also catering to the crowd’s wants, but in the end you still have some freedom in fulfilling those requests. So a perfect score on a set isn’t necessarily playing a selection of songs in order but matching the right vibes that the crowd is looking for. My entire session with FUSER I was caught in a trance, foot tapping and head nodding, and my body is pulsing now just thinking about revisiting the festival later this year.

Another one of the highlights of FUSER is that there’s no mandatory plastic instrument that will accompany your experience, and while some may prefer the tactile feel of having something that resembles a turntable at their fingertips, those who have space issues or are less willing to spend the money on pricey accessories will be elated to know that their wallets and closets can breathe easy.

Part of the magic of FUSER was naturally revealed to me over the course of the weekend at PAX East, though I had an inkling that this was something worth keeping an eye on, but as the weekend drew on there always seemed to be a large crowd forming throughout the day at the FUSER booth– and no I don’t think it was because Smash Mouth was playing, but that didn’t affect it negatively either. FUSER is to the Switch as DropMix is to the Wii U– and that isn’t meant as an insult because I love both my DropMix board and my Wii U, but FUSER is an evolution in that gameplay that I didn’t know I needed. The infectious gameplay, the nature of music in general, the lack of having to purchase expensive peripherals, are all positive boxes being checked by FUSER. Harmonix knows how to create compelling experiences around music, and after having some hands on time with FUSER at PAX East 2020 I have no doubt that the maestros of rhythm have something special for us come this fall. Now I just need to decide if I’m getting it on my Switch or my Xbox One. 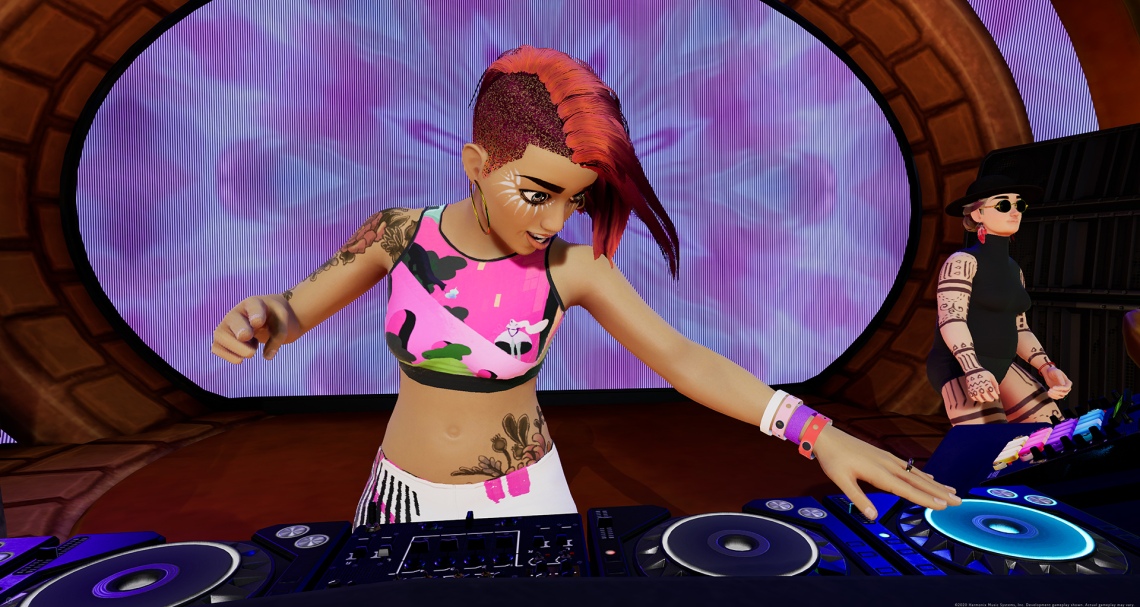 For all things FUSER and PAX East related, be sure to keep it locked to Pass The Controller. For a deeper dive on all things gaming and nerd culture, listen to the Pass The Controller Podcast with new episodes weekly on your favorite podcast platform. Want to continue the conversation with us and our community? Join our official Discord server.