Streets of Rage is a series buried on the Sega Genesis and a genre that doesn’t see many entries much anymore, but things are changing because together Dotemu, Lizardcube, and Guard Crush Games are revitalizing a fan favorite from the 90’s with Streets of Rage 4. Announced back in August of 2018, the sequel to the old school beat ’em up series was first playable this year at PAX East and we had some time to play through the demo. Growing up on those streets with my brothers and friends I was looking forward to hitting the pavement once again.

Those familiar with the series will remember the two playable heroes, Axel Stone and Blaze Fielding who are returning in a gritty yet color filled hand drawn art-style that is sure to invoke notes of nostalgia all while the storied franchise bares a fresh coat of paint. Needless to say, I was excited to get my hands on Streets of Rage 4 to see if it delivered on the core of the series while evolving with the medium.

Joe and I sat down to play the PAX East demo while someone from the studio joined us to go over some of what was new to Streets of Rage 4 while we fought our way through the urban setting. Right from the jump, if you’re a fan of the series you’d notice some slight homages to the previous games with certain sound effects or the fact that most of the enemies in the demo’s stage were new versions of classic enemies from the original games. With the underlying hints of nostalgia peeking through, the polished gameplay and comic book-esque hand drawn visuals, Streets of Rage 4 delighted us and had us wanting to play more.

While the core gameplay was intact, a minor addition sprung up in the form of special moves that you could use to get out of tight situations or clear a wave of enemies. This is in addition to the health draining special moves that make a return. The bright red and blue flames that accompany triggering these attacks pop off of the darker environment and really punctuate the beautifully animated world that these three studios have been hard at work fleshing out.

With the alluring animation synced up with our punches, grabs, and barrel smashing– Streets of Rage 4 looks just as beautiful as it plays. With artistic vision in mind, one of the more memorable facets of the original trilogy were the bumping beats and techno tracks that accompanied your fights across the cities and streets. Speaking with Dotemu, the goal of doing the series justice while creating something new and exciting was an important process in the development. The team promising that same level of attention to crafting memorable music for Streets of Rage 4 has my ears salivating with the possibilities.

Knowing that these teams are working on creating an original story and world, I hope to see other playable character options outside of Axel and Blaze. Especially with some of the older games having some interesting fan favorites I would be impassioned to see some returning but more thrilling to me would be some brand new additions to the world of Streets of Rage.

The PAX East demo for Streets of Rage 4 tickled my nostalgia bone while filling me with confidence that a well-made, side-scrolling brawler is on the way. I’ll be looking forward to seeing when Streets of Rage 4 will launch and fingers crossed for more characters to choose from. I wonder if I can convince my brothers to want to sit down with me for this one? 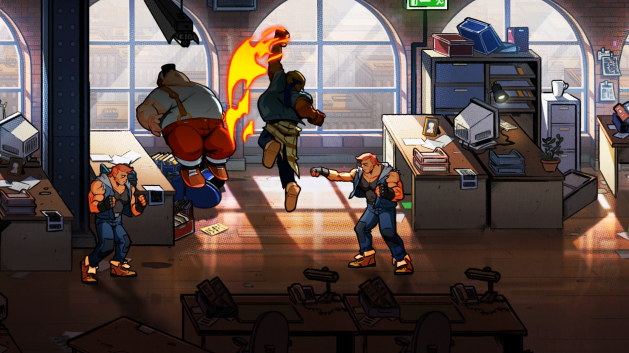